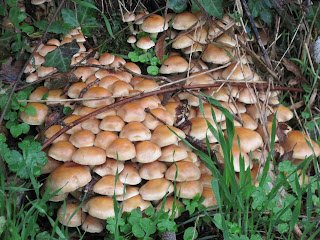 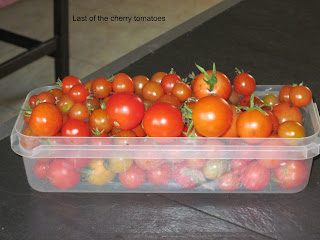 After months of trying to find Organic hen feed we have at last tracked it down,I had some months ago contacted an Organic farm who kept hens but heard nothing from them. Friday we found organic eggs on sale in Lugo so bought half a doz so we could contact them to locate the feed, when we got home there was a email from the farm that we had contacted months ago, they had replied but realised from talking to a helper that we had never received their reply. The Company that they told us about was the same company that we had just bought the eggs from, so I guess fate has had a hand in all this. We have now made the important phone call and will picking up the feed tomorrow, it is only a little bit higher in price than the conventional GM feed. The the hunt is now over. We will continue to use the sprouted grain as well,the hens like it, and of course we have the worm banks all active for them so they should be the best feed hens in Galicia.
The weather is now wet, but although the forecast said it would be cold it is still mild, we are still picking strawberries from the tunnel but we have now picked the last of the tomatoes. There are still potatoes waiting to be lifted, but they will have to wait for a dryer day, I hope it's not too far away as we want to plant winter barley to keep the ground covered throughout the winter.
Posted by Renovation in Galicia at 03:27