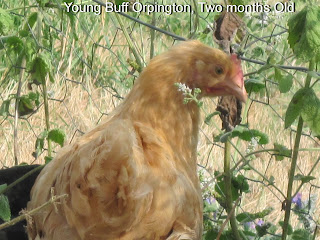 We have now come to the conclusion that we are no longer going to be able to get GM free feed for our hens, unless we can find an importer from France, which for about thirty hens is not really practical we have decided that we must turn the clock back some sixty years when there was little commercial poultry feed, and feed our hens on grains. Having been involved with poultry for a good number of years now one of the greatest problems is maintaining a diet with sufficient protein and amino acids,the amino acids, we hope, will be provided by numerous invertebrates, during the winter months we will have to provide worm banks, the protein will come from lentils which are 24% protein. We refuse to allow the international feed companies to dictate our choices, and in fact they have removed our right to make choices, which are informed choices.
Spain since 2001 has shown a 2.5 fold increase in Organic production, 60% of this is in Andalucia nearly 26% of this is arable, with some 121.000ha, the third highest in the EU, so WHY cant we buy Organic feed, the answer is quite simple, GMO contamination. 50% of Spain's organic sales are imported, this makes no sense whatsoever,it is also interesting to note that conventional feed costs in Spain are one of the highest in the EU, given the fact that they have embraced GM Maize so whole heartedly surly feed costs should be lower if we are to believe the sales pitch given by the GM companies. Spain can grow just about everything, here in the province of Lugo it is hard to find anything Organic,honey, mainly imported, milk, yoghurt, butter, cheese if you know where to look and if you are lucky, eggs . Organic meat is non existent,it is possible to buy free range chicken but at the same cost as you would pay for an organic chicken in the UK or Ireland, these free range chickens are almost certainly being feed on feed containing GMO's, which is why we wish to produce our own. Why the beef herds are not organic also makes little sense, all the cattle in our area are grass feed, and during the winter, if they cant go out are feed on hay or silage.The land is managed well, so why are they not part of the Organic production, there must surely be a market for it, and in fact we know that Irish Organic beef is imported into Spain.
Galicia as a whole would have been the ideal place to have been GM free region, and an Organic Flag Ship for the rest of Spain, in fact it has one of the lowest amount of Organic farms in all of Spain, could this be possible due to the fact that the province as a whole, with the exception of it's excellent fish does not have a food culture? Although all the ingredients are here, the knowledge of use of what they have is limited, presentation is non existent in the average restaurant, it is substantial, but food for the body and not for the soul. Maybe we were spoiled having lived in Catalonia which has a superb food culture.
Posted by Renovation in Galicia at 10:46 1 comment:

GMO contamination.
For some time we have been trying to find hen food free from genetically modified maize. Up until a year ago this was quite possible, we do grow a small amount of non-GMO maize but insufficient for our needs. In desperation we have contacted the Junta in Santiago de Compostela but received no reply, we then contacted Greenpeace who were helpful but confirmed our worst fears. It appears that the consumer has no say in these matters and the corporations have won. Below is the reply from Greenpeace.

Spain is the biggest grower of MON810 - GE maize - in the EU, and subsequently it is very hard to find uncontaminated maize. We have spoken to various large scale organic farmers and producers and many are resigned to importing GE free maize from France. I think your best bet would be to feed the chickens something other than maize that is still grown in Spain.

I will forward your message to our Spanish office as well, and ask them to contact you if they have more information, although Greenpeace does not endorse specific products/brands, they may be able to help you.

I hope this helps.

Glen
Posted by Renovation in Galicia at 05:18 No comments: 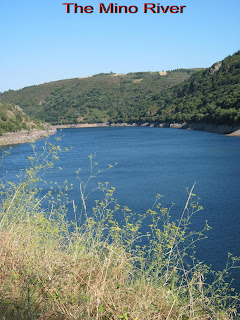 Once again it feels as though we are feeding all the wild life in Galicia, the mice or voles are having a garden party at the expense of our potatoes, we combated the Colorado beetle, we suffered blight and now the vermin are eating our spuds, well not just them, they are also helping themselves to our carrots and Jerusalem Artichokes, the flea beetles are trying to destroy our precious swede, helped by slugs, and the slugs are feasting on the lettuce, apart from that the brassicas are suffering from sun burn. Oh well, I suppose it could be worse, we could have a plague of locusts. I will not be defeated however, I shall plant yet more swede, more carrots and we have already put potatoes in one of the tunnels.
At last we have found a use for green figs, a friend gave us a recipe for Fig Konfyt, it's a long preparation , however, if the figs taste as good as the heavy syrup they end up in they should be good, we have adapted the recipe slightly by adding ginger which we both have a passion for.
Posted by Renovation in Galicia at 11:16 No comments: