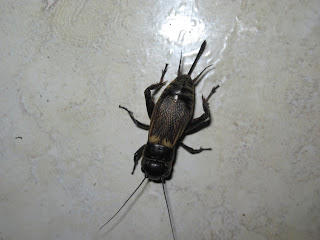 We are rather feeling that we are feeding all the wildlife in the country.
First was a total disaster with our young Buff Orpington and Jersey Giant chicks. Simon had carefully brought the eggs back from the UK and we hatched them in the incubator, then brooded them, all with loving care. We transferred them to their run, which they loved, we had made sure that they would not fall foul of the buzzards by covering the entire run with netting. All was going well, they were growing well and then were killed, all of them, by a Pine Marten one night. The Marten had managed to get under the netting and bled them all. We tried to trap it in a human trap, but all we caught was the neighbours cat who was most annoyed to find that tasty food left in the trap did just that, trap . Simon went out late at night to see if we had success in getting the Marten to find poor puss waiting to be let out. A few days later the Marten returned, this time taking a broody hen and the Speckled Sussex eggs we had set under her, they would have hatched just a day later.
We now have twelve chicks that we had hatched in the incubator last Sunday, and now we have to do a total re-fencing job to keep these little ones safe.
We have our yearly visit from the dreaded Colorado beetle, however, our fermented nettle juice seems to be keeping the grubs at bay. We have lost a few of our kale plants to mice, you can see their teeth marks, bless them, and a fair amount of damage has been done to plants by field crickets, who eat just about everything, roots, seeds, grass, they have even had half of the Florence Fennel, this is a plant that I would have thought would have been left alone due to it's strong flavour, it's a shame that they dont eat weeds, I would put up with some damage if they did.
We should have had a couple of kilo of Morello Cherries, but the blackbirds had them, but we have foiled them on the blackcurrants and the raspberries, having totally enclosed the fruit area with netting. the whole place is taking on the form of a prison camp, except we are fencing to keep things out, not in. Oh, the maize, well last year we lost most of it to a mini tornado, this year our geese have decided that electric fencing doesn't hurt them and they have had a field day!
Apart from that, all is growing well ,but we could do with some warmer weather.
Posted by Renovation in Galicia at 10:58 1 comment: