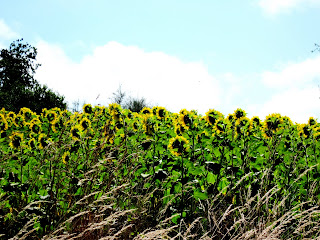 When it comes to the latest technology we are both Luddites, and quite proud of it as well, however, we are always open to having things demonstrated to us, who knows, we might be missing out on something.Our last helper, had a Satnav and demonstrated it to us several times, we were impressed, especially when with it's aid, we cut nearly a quarter of an hour off our normal time to a friends house.
We have just had a charming couple camping with us for three day's, they are house hunting. We had been told of a property close to where our friends live, and we also wanted to show our visitors our friends house,a very old Galician place that needed total renovation, including the roof, which our friends have restored on their own. As we were unsure of the new route as demonstrated by our helpers Satnav we thought it would be a good idea to make use of our visitors equipment. Well this one let technology down very badly, it took us up hill and down dale, up mountains and down again, ending up where we had started, some two and a half hours later it proudly announced that we had reached our destination, No! we were nearly at the top of yet another mountain with just a rubbish bin for company, so yes, OK, the rubbish bin did state that we were in the Consello of our destination, but that was about it. Had the equipment belonged to us at this stage we would have strangled the voice, and binned it in the basura! The journey ended up taking us two and three quarter hours instead of fifty minutes. The upside to the journey was the sight of fields of sunflowers, such a cheerful plant, and not GMO'd ...YET.
Posted by Renovation in Galicia at 11:53 No comments: 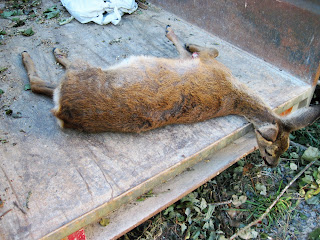 There is one thing that we seldom see in Galicia, road kill, a sight which was common both in Ireland and the UK. Since we have been here we have seen a few poor hedgehogs, normally young ones which did not make the road crossing, a couple of rabbits but not much else, probably due to the many forests the wild life has no need to leave the safety of the woodlands, this week we saw a young deer lying at the side of the road, obviously having been killed by a car. We were on our way to Lugo so it was not practical to stop and put it in the boot. Imagine our surprise when on our return trip, some three hours later, the deer was still laying there, unheard of in the UK or Ireland, never ones for refusing a free meal we put it in the boot, half an hour later it was skinned, jointed and in the freezer, it yielded twelve pounds of meat, we hope to enjoy part of our bounty tomorrow for Sunday dinner.We are unsure as to the legal position in Spain regarding road kill, but it is an unusual sight.
Posted by Renovation in Galicia at 11:06 No comments: 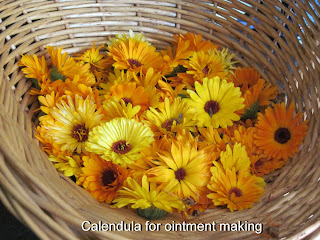 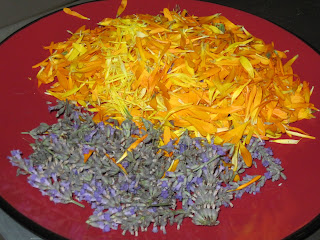 I had planed to be making our own soap this week as I'm still supposed to be resting my foot, however this has turned out to be a non starter as it seems impossible to get all the necessary ingredients locally, essential oils are quite limited and as I have found in the past not that good a quality, also expensive. Caustic soda was easy to find but coconut oil was in a small bottle and again expensive, so good old Google was called for. I found a great site, with everything that I need including recipes, oils and natural colourants at reasonable prices,
http://www.thesoapkitchen.co.uk/
supplies everything that is needed for soap making , natural cleaning products and even candle making equipment. I would have preferred to have bought locally, or at least Spanish, but it was not to be. Gone are the days when I could just go to one of Ireland's many health shops and get everything I needed.
Not to be thwarted by lack of products I have gone back to making my all purpose burn and cut ointment, I would normally have just used Calendula but we have so many lavender flowers I thought I would add some to the potion, this seems to have worked very well and has maintained the perfume. I was unable to find white fat so have used pork fat, again this is know for it's healing properties, some olive oil in which I infused the herbs in a bain-marie , rendered the pigs fat, cooled and then added some of the coconut oil, this should cover most household injuries.
Hopefully I will soon receive my soap making order and do what I have wanted to try for so long.
, http://www.thesoapkitchen.co.uk
Posted by Renovation in Galicia at 06:18 No comments:

Labels: Things used to be so simple 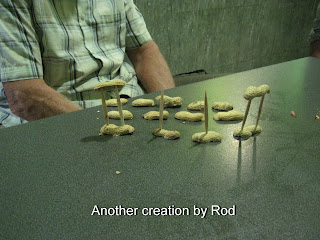 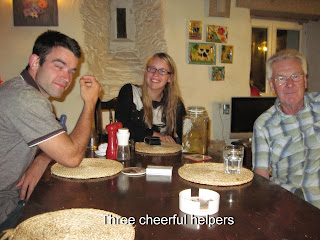 We always try to make time to relax with our helpers, we enjoy taking them out for the day and either having a picnic or a menu de dia, after all Helpx is about exchange, and not just work, we often meet up with other hosts and exchange stories and it's nice for the helpers to meet other helpers in the area, it's also nice to relax at home with a nice glass of wine and just chat. The house seems strangely quiet now with no helper due until Sept.
Posted by Renovation in Galicia at 05:12 No comments: 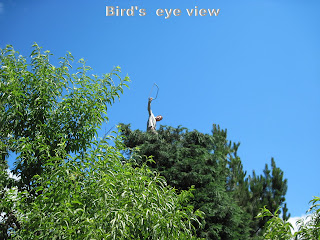 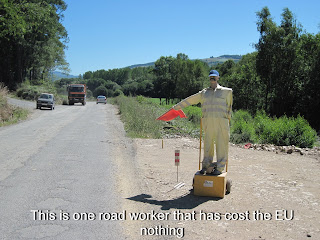 The last couple of months have been quite busy and most of the time we have had helpers with us, quite a lot has been achieved with the new hen run now compleated with the help of a young American and Rod, a charming older man from Yorkshire. Rod did a tremendious amount of work, chainsawing most of our winter fuel and chipping the smaller stuff, not to mention fixing various electrical appliances and doing the washing up every night, a real gem.
We also had a helper who had been with us two years ago come for a" holiday" I use this term very loosely as her partner topped two very tall conifers for us, a job long over due, he is a tree surgen, and Lauren continued with the pointing which she had nearly completed two years ago, it was lovely to see her again and hope her next visit will sooner than two years hence.
Posted by Renovation in Galicia at 04:20 No comments: