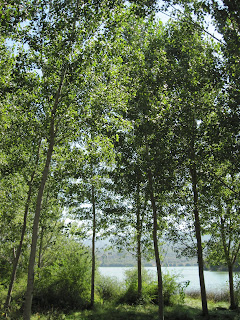 The forecasters had promised us some rain this week and then changed their minds so we are still having to keep the garden watered in the hope that we will get a spurt of growth, I have had to plant more chard and leeks also swede, I will not be defeated, I have also made further sowings of carrots to compensate for the feasting of the mice.
Our young birds are still doing well and we think, well we hope, that we have defeated the pine martin, the chicks are now being fed on straight grains, wheat and barley which we are sprouting for them, they seem happy enough with the new feed.
We have come to the conclusion that we will not be able to continue with rearing quail for the table, these little birds are something that we farmed years ago with no problems and they were ready to eat at six to seven weeks weighing around 200 grams at this age,the birds we are rearing now are just not putting on the weight and at five weeks are just 2 ozs whatever that is in grams, this is consistent with all the reports that we have read regarding animals feed on GM's, we don't think it is possible to grind grain small enough to feed to them when they are first hatched.
I have just started reading a book 'Genetic Roulette' written by Jeffrey Smith, Jeffrey is considered to be the worlds leading expert in understanding the health issues surrounding GM's, his previous book 'Seeds of Deceit' exposes the corrupt dealings of the Bio-tec companies with government bodies. For anyone interested in in their health and the environment these books are must reads.Easy to read and understand, maybe these ministers who make the laws should be locked into a room and made to read these books.
Posted by Renovation in Galicia at 07:30 No comments: