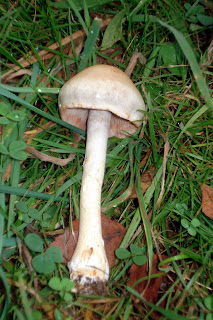 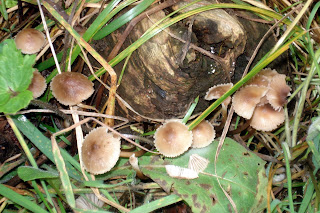 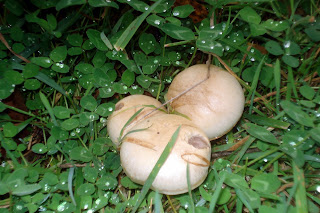 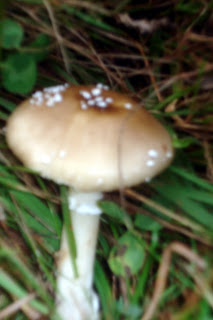 Posted by Renovation in Galicia at 07:01 No comments: 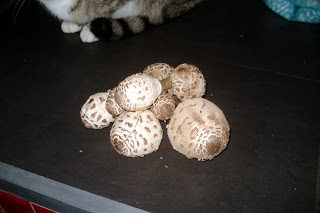 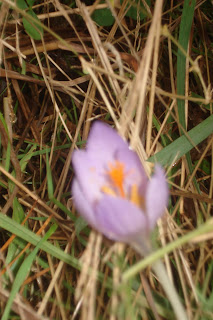 My concerns about the general safety for customers in shops is probably an over reaction especially when most accidents happen in the home, normally because people are using the wrong tools for the job, we are no exception to this, three weeks ago I attempted to remove part of a finger cutting up pork with a pair of scissors, on reflection not a good idea, this led to a very nasty blood infection which I'm still trying to get rid of, I guess if I wasn't so stubborn I would have gone to the doctor and by now it would have cleared up, but I didn't and it hasn't. I think Simon must have been feeling a little left out as I was feeling so bad so he thought it might be a good idea to chop up kindling wood with a 5kg axe and try to remove the side of his hand at the same time, he being so brave refused to go to the emergency room when it happened, so I patched him up as best as I could although to me it was clear that his hand needed more than a plaster, also the bathroom looked as though the chain saw massacre had just happened, however the following day I did convince him to at least go to see the nurse at the health centre to get it properly dressed, the nurse called the doctor who immediately wrote out the paper work for the hospital where we spent four hours being seen by numerous doctors nurses and the x ray dept, eventually he was stitched up and now has seven stitches to show for his efforts of chopping wood.
A chopper is used for chopping wood up small, an axe is for heavy logs that you aren't holding steady with your hand, scissors are great for cutting material paper etc, not for cutting meat. I guess we need to be a little more careful.

On a brighter note the country side is now full of mushrooms and toadstools and we had a feast of parasol mushrooms yesterday, tasting all the better as they were free, also the autumn crocus are now in bloom it's lovely to see the brightness of them nestling in the grass, these are NOT the saffron crocus although many people refer to them as such, indeed they are poisonous.There are also masses of chestnuts although they are not one of my favorites I must try to think of ways to use them as I hate to waste things.
Posted by Renovation in Galicia at 06:26 No comments: