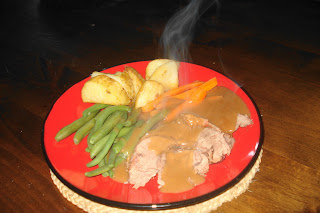 If it's made from a plant eat it, if it's made in a plant don't eat it.
This sounds like good advice to anyone who cares about real food, and was emailed to us from a Natural health care site.It appears that the UK government is emasculating the FSA and handing over to the food manufacturing industry responsibility for informing the public about healthy eating. Talk about the wolves caring for the sheep.
Posted by Renovation in Galicia at 02:44 No comments: 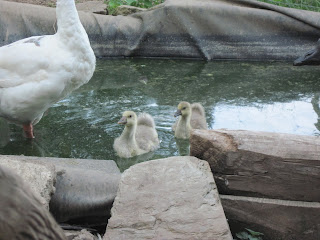 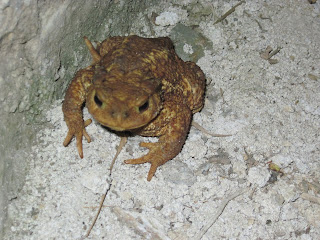 We have always had an interest in good food, having been organic egg producers we always tried to produce the best quality, we also only bought real food, by that I mean food that you don't have to read the attached label.
We recently had some visitors from the UK and they very kindly offered to bring over anything that was not available here. Well, Marmite was top of the list followed by mature cheddar cheese and a couple of nice gammon steaks.
I guess it's the thought that counts, and these people knew us only via emails, however we now realise that a lot of "food" sold in the UK is not what we would call fit for purpose.
A pack of three X two gammon steaks for only ten pounds! sounds too good to be true, as the saying goes, if it sounds too good to be true then it probably is not true. The weight of these gammons proclaimed them to be 1386grams, in reality on reading the label 16% was declared as not to be gammon, the label further stated with added water, we assume that this was in addition to the 16%, in reality what we ended up with was about nine hundred grams of meat after cooking, bringing the true price of this item to over 30% higher than the stated price, each pair of these steaks were vacuum packed, then placed in a polystyrene tray, cling filmed, then all three placed in an outer vacuum pack. If that was not bad enough, the steaks when cooked exuded a white gunge and the only taste was salt. This is not food, whoever are these powers that be that grant licences to produce such rubbish? It might be safe, although we have our doubts about that, but why treat food with such contempt?
These people also brought with them a five kg pack of chicken breasts, only five pounds, that's less than fifty pence a pound for chicken breasts, certainly less than production costs even allowing for the fact that these poor factory chicks would have been slaughtered at just forty two days old, still cheeping, having had no life and unable to walk because of their vast weight.These birds are just reconstituted henfeed.What many people do not realise is that chicken, along with other meats get recycled, when a product is nearing a remove by date or sell by date these products get returned to processing plants that turn them into a different form, such as chicken breasts, chicken nuggets [with added fat] spiced chicken wings etc.
Our goslings are doing well and are well cared for by five mothers and the gander, we have had a great crop of blackcurrants, the strawberries just keep coming and the raspberries are excelling, with plenty to make jam from as well as eat. we have some very cross blackbirds who seem to be stamping their feet in frustration as they are unable to get to the soft fruit, still we consider we did our bit when they cleaned us out of cherries.Our new chicks are so far doing well and are confined to what we hope is a pine marten proof run and house, we also have a further twelve buff Orpington eggs in the incubator, friends kindly brought the eggs over from the UK for us, hopefully, these birds will go on to be our breeding stock for our tablebirds.
Posted by Renovation in Galicia at 07:30 No comments: